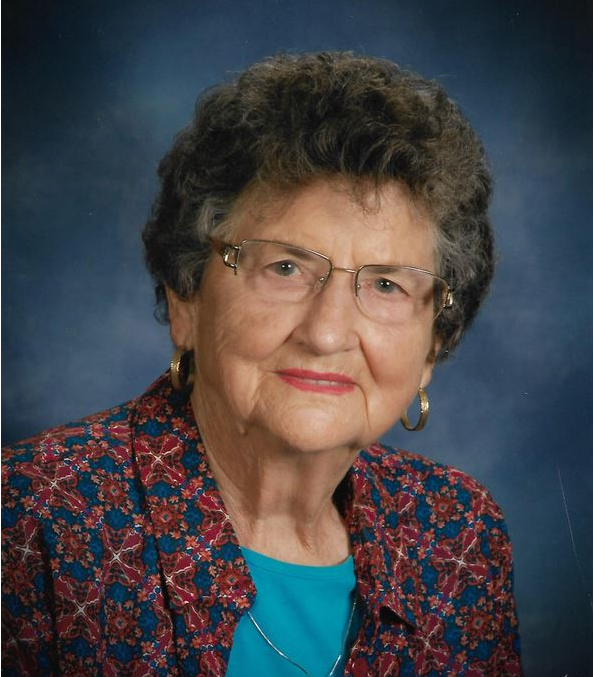 Wynell Laverne Johnson was born in Henderson County, Texas on May 16, 1932, to Roy and Bertha Johnson and passed from this life on April 10, 2022, in Forney, Texas. Wynell spent her young life in Tool, Texas, and continued to enjoy visiting the area to reminisce about her childhood until her health no longer allowed. Wynell’s family moved to Dallas, when she was about 10 years old, and she graduated from Forest Avenue High School in 1950. While working at A&P Grocery, Wynell met Charley Riggs. On August 27, 1950, Wynell married Charley, and they lived in the Dallas area until moving their family to Scurry, in 1968.

She worked at Storey’s Manufacturing in Ennis for several years as a seamstress--setting zippers 40 hours a week.  Wynell and Charley moved to Grays Prairie in 1977 where they operated Riggs’ Gas and Grocery for 17 years. In addition to providing goods for the community, the store became a place where old men gathered to solve the world’s problems and tell lies to each other and other customers, who would listen. People that stayed more than five minutes at her store knew that Wynell was a Christian because she invited anyone and everyone to go to church with her. She gave free advice to the many young people who worked for her over the years and to some of her customers as well. Wynell and Charley moved back to their farm in Cottonwood in 2001. They enjoyed many years together on their farm in retirement before Charley preceded her in death on March 26, 2012. She continued to live in the Cottonwood area until health conditions no longer allowed her to live without assistance.

Wynell was blessed with a long life filled with more happiness than sorrow and was preceded in death by her loving husband, Charley Riggs, her parents, three brothers, one sister, and numerous aunts, uncles, cousins, nieces, and nephews. Wynell was a member of four different Church of Christ congregations during her lifetime where she served as Bible school teacher for more years than we can count and drove the church joy bus a time or two when no one else was available.

Wynell is survived by her three children David, Brenda, Tommy, and wife Kerrie, and was the grandmother to seven grandchildren: Randi, Kati and husband Zach, Charlie, Reuben, Andrew, Luke, and Lydia. She was the great grandmother to one great grandson, Riggs Adair. Her family would like to thank the staff of Angel Care Home Health and Pathway Hospice for their assistance in her care.  In lieu of flowers, the family asks donations to be made to dementiasociety.org or a charity of choice. Condolences and remembrances of Wynell may be offered at www.parker-ashworthfuneralhome.com.

To order memorial trees or send flowers to the family in memory of Wynell Riggs, please visit our flower store.
Send a Sympathy Card