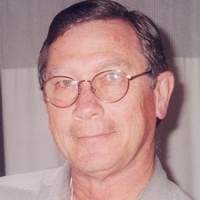 William Edward Sain, 70, of Kaufman, TX passed away on March 12, 2019. William was born on July 8, 1948 to Parnell and Velma Elouise Sain in Irving, TX. William grew up in Irving and graduated high school there. He attended El Centro Community College for awhile before moving out to Tyler to work. In Tyler he met Barbara Chamness. When his job moved him to Baton Rouge, LA, Barbara went with him and they got married on November 18, 1975. William and Barbara would move to Lafayette, LA for a few years, then to San Antonio for about 11 years and find their way to Scurry, TX in 1994. During that time William worked at Albertson's, Glazier Wholesale and Block Distributing before returning to Glazier's. They also had 4 children. William was an avid baseball fan and watched the Texas Rangers. He also liked the Dallas Cowboys and Texas Longhorns. His parents and son Bradley Sain preceded him in death. Those left to cherish his memory include his wife of 43 years Barbara of Scurry, TX, daughters: Stephanie Sain of Dallas, TX and Courtney Nelson of Kaufman, TX, son Christopher Sain of Irving, TX, granddaughter Skylar Nelson, sister Shirley Day and husband Melvin of Garland, TX and numerous extended family and friends who will miss him dearly.

To order memorial trees or send flowers to the family in memory of William Edward Sain, please visit our flower store.