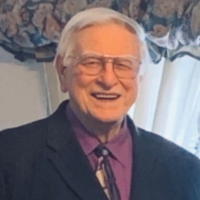 William joined the State of Texas National Guard in the late ‘50s and he would serve his country for over 30 years.   Mr. Pate started his military career as an enlisted soldier, earning the rank of Sargent.  He was called up to Active duty during the Cuban Missile Crises.  When it was over, instead of coming home, he decided to go to Officer Candidate School in Georgia, while his wife stayed a home with the kids. After he graduated as an officer, he held many positions in the National Guard.

He continued his education and graduated in 1973 from The Command and General Staff College earning a Master of Military Science. He would downplay the importance of this degree to us, but he was trained on nuclear warfare and held a level of clearance that only a few people held at that time.   After holding several battalion commands, he commuted to Austin for work and was in charge of the State of Texas Recruiting Command for several years.  He was on active duty during this time. He retired after 30 years of service to our country as a Lt. Colonel.

Concurrent with his military service, Mr. Pate also spent over 30 years working at Collins Radio/Rockwell International, where he worked in the machine shop and became active in the Labor Movement.  Bill Pate, as he was called there, worked hard for better working conditions and better benefits.  He became President of the labor union, AFL-CIO 747 in 1965-69 and negotiated with management to provide health insurance to employees, life insurance, breaks, equal pay, decreasing segregation and other quality of work issues. Because of his efforts many, many other companies followed with enhancing their benefits for employees.