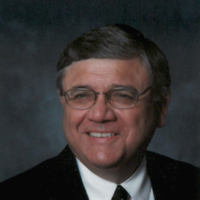 William Gene Gentzel was born on December 3, 1948, to W.O. and Velma Jean Gentzel, in San Jose, California. The family moved to Dumas, Texas when Bill was two years old and then to neighboring Cactus, Texas, a year or two later. He attended junior high and high school in Dumas and played football for the Dumas Demons. Bill graduated from Dumas High School in 1967 and married his High School sweetheart, Lynette Morrison Gentzel. Bill graduated from West Texas State University with his Bachelor’s of Science and Master’s of Education degrees with Superintendent certification. Bill loved working with young people. He and Lynette were blessed with four wonderful children and spent their lives involved in activities in school and church alongside their children. Bill started a teaching career in 1971 in Hereford, Texas as a High School History teacher. He taught for four years before moving into administration as Assistant Principal at Aikman Elementary. In 1979, Bill accepted a position as an Assistant Principal at Perryton High in Perryton, Texas. He was named Head Principal at Perryton five years later. He was then named Assistant Superintendent for Instruction and remained in that job until 2001 when he became superintendent of Schools at S and S CISD. His love for young people and education was the driving force behind each position he held. In 2007, Bill retired from public education and taught in a private school for three years. His unique gift of relating to students had a very positive effect on many young people who have voiced their appreciation for him over the years. Bill loved the Lord and loved teaching others about Him. He was ordained a deacon in 1976 at First Baptist Church of Hereford. He served in every church where he was a member. The Lord led Bill to serve in many capacities, including Bible teaching, working with youth, serving on various committees, and serving as Chairman of Deacons three different times. He and Lynette were a team in much of their church work, going on many mission and youth trips, teaching first graders and young adult couples, and working with youth for many years. The family would like to acknowledge and express gratitude to Monica Escobedo for her faithful service in helping Lynette care for Bill over the past two years. Bill was preceded in death by his parents, brother, John Gentzel, and granddaughter, Leslie Brianne Gentzel. Bill is survived by his wife Lynette Gentzel, of the home, and four children, Brent Gentzel and wife Julie of Kaufman, Todd Gentzel and wife Claire of McKinney, Kara Morrison of Richardson, and Kirk Gentzel and wife Kerra of Tomball, 10 grandchildren that were the joy of his life, Stephen Gentzel, Ryan Gentzel, Xander Gentzel, Ella Morrison, Emery Gentzel, Austin Morrison, Avery Gentzel, Carter Gentzel, Kennedi Gentzel, and Crew Gentzel. He is also survived by two brothers, Sonny Gentzel and wife Jan of Dallas, Fred Gentzel of Amarillo, and sister-in-law and brother-in-law, Ron and Katie Easley of Pampa, as well as several nieces and nephews. The family requests that memorials be made to First Baptist Church of Kaufman Building Fund or the ALS Association.

You can watch a live stream of the service at www.fbckaufman.org/events .

To order memorial trees or send flowers to the family in memory of William Gene Gentzel, please visit our flower store.