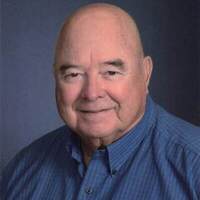 James Wayne Gent of Kaufman, Texas passed away at his home on October 29, 2021. Wayne was born in Houston, Texas to J.W. and Hazel Gent on December 25, 1941.  He graduated from Kaufman High School in 1960. While in high school Wayne lettered in football all four years and was inducted into the Kaufman High School Hall of Fame. After high school, he played football for A&M. He went on to earn a Bachelor’s degree in Business Administration from Texas Tech University and later attended law school at South Texas College of Law in Houston where he earned his Doctor of Jurisprudence. Wayne served his country as a scout sniper in the United States Marine Corps attached to the 1st Marine Division. He served in the Vietnam War from 1967 to 1968. Wayne was wounded while in combat in January of 1968 during the Tet Offensive earning him a Purple Heart.  Wayne was a member of the Marine Corps League, the Marine Corps Scout Sniper Association, the Veterans of Foreign Wars Post 3905, and the American Legion. In honor of Judge Wayne Gent the Kaufman County Commissioner’s Court on December 13, 2010 approved and designated December 24 as Wayne Gent Day. Wayne served as Kaufman County Judge from 1975 to 1982, and again from 1998 to 2010. Wayne was very involved in his community and served in many public service organizations as a member and President such as:  Kaufman Lions Club, Kaufman Chamber of Commerce,  Kaufman County Bar Association , Grand Masonic Lodge of Texas,  North Central Texas Council of Governments,  North and East Texas County Judges and Commissioners Association,  Tobacco Permanent Trust Fund,  Texas Workforce Board, North Central  Texas Housing Finance Corp.,  Bloomfield Masonic Lodge #112, member of the Scottish Rite as a 32nd mason, First United Methodist Men, and a lifelong member of the First United Methodist Church of Kaufman.  He was created a Knight Templar in DeMolay Commandery 20, Greenville, TX on March 3, 2012.  He became a dual member at Taylor Commandery 85, un Barrel City, TX in 2015 and serves as Eminent Commander from January 2018-December 2019.  Wayne married his loving wife Tina on July 3, 1971 in Kaufman, Texas. Wayne loved his family and supported them all throughout their lives. He was a compassionate man with great knowledge and understanding.  Wayne is survived by his wife Tina Gent, Children: Lisa Gent Harrison and husband Rick, Wade Gent and wife Misti, Kelly Gent and wife Lana Brother: Todd Gent and wife Tricia, Sister: Gloria Reynolds, Grandchildren: Hunter, Spencer, Jared, Anna, Lyla, Lily, Lucy, and numerous nieces and nephews. Funeral services for Wayne have been scheduled for Friday November 5, 2021 at the First Baptist Church of Kaufman at 11:00AM with internment following in Kaufman Cemetery.  In lieu of flowers the family has asked that you make donations to The First United Methodist Church, Friends of Kaufman County Veterans Memorial Park at 5080 FM 1836 Kaufman, TX 75142, and Super Coby Foundation at 113 W. Mulberry Kaufman, TX 75142.

To order memorial trees or send flowers to the family in memory of Wayne Gent, please visit our flower store.