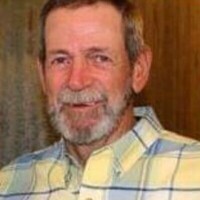 Terry Joe’s father was superintendent at the Kaufman County Poor Farm and he spent part of his youth growing up there. In later years, Terry Joe would be instrumental in providing information for the preservation of the history of this landmark.

Terry Joe was a 1969 Kaufman High School graduate and thoroughly enjoyed each and every class reunion and jubilee. From sacking groceries at Piggly Wiggly as a teen to inspecting vehicles at Unkle Skotty’s Exxon, Terry Joe had many jobs during his lifetime. The profession that he most wanted to be remembered for was when he was a fireman and arson investigator, for Seagoville and Highland Park, and he was very proud of those years. He also served his community as Mayor of Crandall, worked at the Danielle Smalley Foundation and worked many years at the State Fair of Texas. Terry Joe also had many stories from when he worked for Manhattan Construction during the building of AT&T Stadium. He enjoyed every sport and loved cheering on the Texas Rangers and Oklahoma Sooners the most.

That was one thing he always had for you….a story….and you could spend hours listening to him, having a cold one and just having a great time. He was always up for a good time and never met a stranger.

Preceding him in death are his parents.

Surviving him are his daughters Kaley Hedrick and Kasey Hedrick; grandson Joe Hedrick and granddaughter Ally Floyd; brother Jerry Hedrick and wife, Patsy; mother of his children Kim Baker; several extended family members and many friends that will miss him dearly.

A celebration of his life is being planned and we will update this website as soon as possible.

To order memorial trees or send flowers to the family in memory of Terry Joe Hedrick, please visit our flower store.