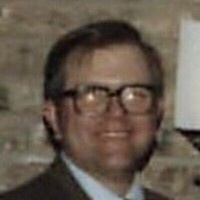 Temple V. Nash, Jr. passed from this life on March, 21, 2021.  He has been residing at Kaufman Health Care Center for 2 years.  He was born on March 29, 1940 to Elizabeth G. Nash and Temple V. Nash in Kaufman, TX in a little hospital behind Scotts Drug Store.  He graduated from Kaufman High School in 1958 and joined the U.S. Army.  He was stationed at Greenland....under the ice.  Later stationed in Germany.  He left the Army in 1966 and began college at East Texas State University (Texas A&M at Commerce).  He graduated from ETSU with a degree in Business administration.  While at ETSU, he met and married Sandra Scott from Mesquite.  In 1976 he returned to the Army.  He was stationed in Korea and Turkey.  After his discharge, he began working as a security guard and enjoyed that role.  He was proud to serve his country in the Army.  Doing his civic duty was important to him.  He was proud to vote in the 2020 election for Joe Biden.  He loved to visit with folks and was a great story teller.  He was preceded in death by his parents and his sister Mary Stuart Nash Hulme.  He is survived by his 2 sisters, Nell Nash Velvin and husband Neal E. Velvin of Athens and Betty Nash Hendrickson and husband Jerry Hendrickson of Kaufman and nephews Neal Temple Velvin of Athens, Tyler Nash Hendrickson and wife Kathryn Hendrickson of Athens, Joseph Nash Hulme and wife Stephanie Hulme of Kaufman, a niece, Elizabeth Hendrickson English and husband Travis English of Fort Worth and 3 grand nieces and 3 grand nephews and many cousins.  The family will celebrate his life at a small private service on March 27, 2021.

To order memorial trees or send flowers to the family in memory of Temple V. Nash, Jr., please visit our flower store.