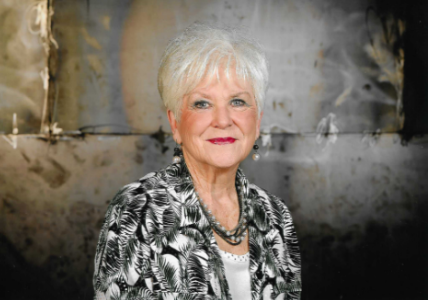 She was born to Cecil and Lorene Arnold in Conroe, Texas.

Shirley graduated from W.H. Adamson High School in 1953.  She married Herbert Lee Nixon at Aldersgate Methodist Church in Dallas, Texas in 1954 and were together until his passing in 1997.

Shirley worked as a long distance phone operator when in high school.  She quit when she married Herb, then went to work at Sears and Roebuck as a bookkeeper.  After a year, Shirley and Herb started their family and she was a homemaker ever since.  They welcomed their first son, Randy in 1956, their second son, David in 1958 and their daughter Lori in 1960.

Throughout her life, Shirley was an avid hunter, loved to fish and the outdoors.  She was very active with all three of her children growing up.  The children attended Vacation Bible School and she made sure they attended Sunday School and church as a family. All were heavily involved in sports.

Shirley was active her entire life and enjoyed her social time with her church friends.  She loved to cook, quilt, sew, Book Club, Bible study, card games and movies.  She also loved her exercise group.

Shirley always dressed to the Nines, with perfectly coiffed hair, beautiful clothes with accessories to match and of course, her bright lipstick and Estee Lauder Beautiful! Yes, she loved her bling.  Her zest for life was infectious and was beloved by all who knew her.  She was a loved wife, sister, mother, mother in law, grandmother, great-grandmother and great-great grandmother.

Shirley is preceded in death by her parents, Cecil and Lorene Arnold, her husband, Herbert Nixon and her brother Donald Arnold.  Her daughter, Lori Simmang, joined her on their journey to Heaven together, also on June 17, 2022.  She is survived by her son and daughter in law, Randy and Debi Nixon.  Their children, Bryan Nixon and his wife Natalie, and their children, Xander and Liam. Emily Reed and her husband Jovon, and their children, Garrett, Carter and Melana.  Connor Nixon.  She is survived by her son David and Terri, his children, Keith and Katie Nixon, Kolby and Heather Nixon and Russell Nixon; and their grandchildren  Leila Nixon and Hunter, and Jack and Luke Nixon.  Lori’s children, Kristi and Ed Novak, their children Cameron and Kirsten Novak, Hayleigh and Wesley Parker. Kevin Simmang and his daughter Jasmine. She also has 2 great-great grandchildren.  Her brother Richard Arnold and his wife Cindy.  A host of nieces, nephews, cousins and many, many First Baptist church family and friends.

Shirley will be dearly missed by all who knew her!

To order memorial trees or send flowers to the family in memory of Shirley Jean Nixon, please visit our flower store.
Send a Sympathy Card