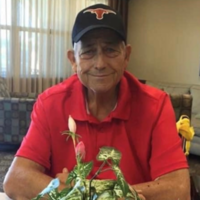 Shelley Don accepted Jesus Christ as his Lord and Savior at the age of 16 years old. He graduated from Mabank in 1964 and married his high school sweetheart in June 1965. He then began a long career in the fire protection sprinkler industry. In 1992, he began his law enforcement career with the Kaufman County Sheriff’s Office as Deputy Sheriff. He became the Constable for Precinct 1 in 1995, where he faithfully served the citizens of Kaufman County until his retirement in 2012. He was a Freemason for 49 years and was a member of Kaufman Bloomfield Lodge #112; he attended Calvary Baptist Church and was a loyal Texas Longhorn fan. Shelley Don loved people and made friends everywhere he went. He was a loving husband, father and grandfather and his family was his everything.

To order memorial trees or send flowers to the family in memory of Shelley Don Featherston, please visit our flower store.