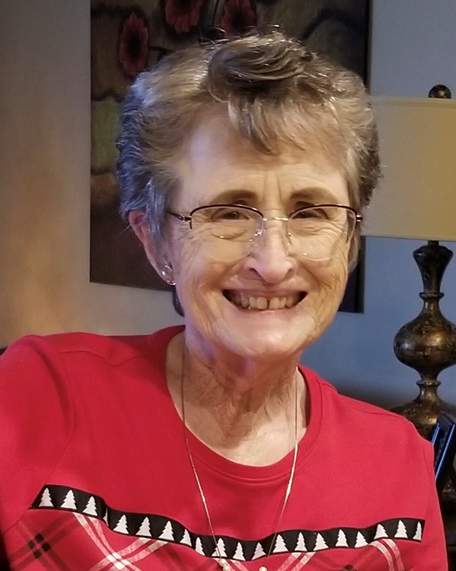 Sandra was born on December 19, 1948, in Visalia, California to Antonio & Alexandria (Perry) Mancebo.  She was the last of eight children and grew up surrounded by her large Portuguese family on her father’s dairy farm in the heart of California’s San Joaquin Valley.

She attended Elbow Creek Elementary School, then a small country school that was build on the edge of her father’s farm on land the school district had purchased from her family.  As she grew older, she continued to attend Visalia schools, including Redwood High School.

Sandra met her husband, Ernie, after he started work as a farm hand on the family’s dairy farm.  Ernie also attended Redwood High, and the two hit it off quickly; word soon got around to Sandra’s Mom, Alexandria, that Sandra had been holding hands with Ernie at Redwood football games.  This led Alexandria to attend the football games herself to oversee this edgy handholding – coincidentally Alexandria became quite a fan of both football and Ernie in the process.  Sandra and Ernie continued their story as high school sweethearts after she graduated from Redwood, and they married just before her nineteenth birthday on December 17, 1967.  The two were inseparable for their nearly 55 years of marriage, and Sandra died peacefully in their family home – their long life together ended the way it started, with Ernie by her side, holding her hand.

In their early years of marriage, Sandra and Ernie attended college together and graduated from Fresno State University in 1972 and 1973, respectively.  After college, they moved to Mendota, California and Sandra started her lifelong career as an educator in public schools.

In 1979, Sandra and Ernie followed a call to serve as Baptist Missionaries to the Philippines.  While they were in the Philippines, Sandra and Ernie welcomed their son Mitch.  Shortly after Mitch was born, Sandra returned to California and survived a formative battle with breast cancer that helped her, Ernie, and Mitch cherish their remaining decades together.

Sandra later reentered her work as a teacher, this time in various Christian schools.  Her longest stint was at North County Christian School in Atascadero, California, where Sandra worked for 14 years.  She was recognized as a dedicated and always-composed teacher, who cared greatly about the education of her students both in the classroom and outside as a physical educator.  She continued her tradition of teaching excellence as she followed Ernie to Virginia for his job, working for years at the Spotsylvania County YMCA.

Outside of work, Sandra was a dedicated member of every Baptist church she attended.  She volunteered for countless good causes and lent her time, energy, and talents to each church she was in – making life better for her fellow church members and the community.  A talented baker, and an energetic gardener, Sandra always had fresh bread in the oven, and a garden full of flowers and vegetables.

After moving to Texas to be closer to Mitch in 2009, Sandra immediately became an involved member at First Baptist Church in Kaufman.  In 2014, she welcomed her first of three grandchildren, and from that moment on she dedicated countless hours to helping them learn the most essential life skills, from cooking chocolate chip waffles to mastering hopscotch.

Sandra passed away peacefully surrounded by her family on September 11, 2022.

She was predeceased by her beloved sisters Margaret DeMello, Eleanor Freitas, Doris Mancebo, and brothers Tony and Ernest Mancebo.

She is survived by sisters Mary Barcellos of California and Kathryn Sauber of North Dakota.  She is also survived by countless cherished nephews, cousins, friends, and extended family – including Sandra and Ernie’s best friends, Charlie and Lyn Wright of Tyler, Texas.  She will be greatly missed by all who knew her.
To order memorial trees or send flowers to the family in memory of Sandra Ellen Martzen, please visit our flower store.