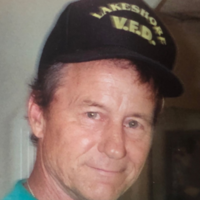 On September 14, 2019 Dutch went to be with his Heavenly Father after a long illness. He was born on Wednesday, January 28, 1942 in San Antonio, TX to the late Roy Duckworth and Mary Lee Duckworth (Hamm). His grandmother "Big Mama" for some reason didn't like the name Roy and upon his birth nicknamed him "Dutch" it stuck for the rest of his life. Dutch attended school in San Antonio and the old Warsaw School which was an actual one room schoolhouse in Warsaw, TX. Growing up, her never grew very big but his personality was as big as all outdoors. He was a pretty good boy much of the time but also could be a very mischievous one and got in trouble with his Mama, Big Mama, teachers, Sunday School teachers, etc., etc. He never met a stranger and could "friend up" wit just about anyone. School was not high on his list of things to do and when he was fifteen he enlisted in the Texas National Guard and became part of the 49th Armored Division in Kaufman. In 1961 he joined the United States Army and was sent first to Fort Hood and then to Germany. There he and his crew still hold the record for most targets hit in a tank combat competition. Upon his discharge from the Army he moved back to Warsaw where he met Sandra Evans. They were soon married and three wonderful children were born to this unison, Deon, Deanna and Darla. Dutch was a very talented and gifted man who could fix or build almost anything. He had a mind for anything mechanical, electrical or of a plumbing nature. These talents led to him having a very varied working history. He worked all over the world at one time or another. Over twenty years ago he met Kim Clemons, and they spent the rest of his life together, mainly in the Kaufman area. He was preceded in death by his parents, his beloved "Big Mama" and "Big Daddy". he is survived by his significant other Kim, his son Deon Duckworth adn wife Danna, his daughter Deanna Smith and husband Tommy, and Darly Dowdy and husband Davy all of Chandler, TX. Eight Grandchildren and six great grandchildren. One brother Art Harking and his wife Ann of Mineola, TX. Many other family members and a host of loving friends.

To order memorial trees or send flowers to the family in memory of Roy "Dutch" Duckworth, please visit our flower store.