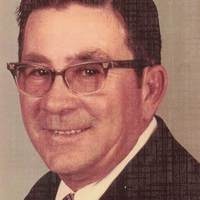 Rogene Mayfield, 89, Rand Community passed away on November 25, 2019 in Canton. Rogene was born on January 15, 1930 to George and Katherine Mayfield in the South Buie Community. He spent most of his life in Kaufman county. He worked for United Telephone/Gulf States for 34 years. Retired in 1985 then provided custom farming in Kaufman County until 2000. On June 2, 1950, Rogene married the love of his life Beatrice Hill. His wife, parents and sister Prudie Dean preceded him in death. Those left to cherish his memory are son Roger Mayfield and wife Bettye of Rand, daughter Carol Westbrook and husband Robert of Rand, grandchildren: Aaron Bonds and wife Michelle of Verona, WI, Stacey LaBauve and husband Brad of Cypress, TX, Hali Mayfield of Davenport, FL; great grandchildren: Matthew Bonds, Gregory Bonds, Braden LaBauve and Darby LaBauve; brother George Mayfield and wife Judy of Rand, many nieces, nephews, other extended family, staff at Canton Oaks Nursing facility and friends who will miss him dearly.

To order memorial trees or send flowers to the family in memory of Rogene Mayfield, please visit our flower store.