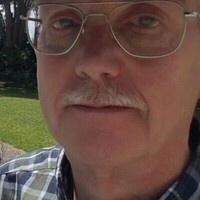 Robert C. Butler, 66, of Terrell, TX, passed away in the early morning of April 20, 2021. Robert was born on March 2, 1955 in North Tonawanda, New York, and was soon adopted by Robert K. and Marguerite Butler (Ebeling). He graduated from A.I. DuPont High School in Wilmington, Delaware, and soon after joined the United States Navy. After eight years of service to our country, Robert attended college in Colorado before moving to Lubbock, TX.

In the winter of 1993, Robert met Dorothy Cowperthwaite, and after a whirlwind romance, the couple was wed on January 29, 1994 in St. Thomas, USVI. The couple moved to Chesapeake, Virginia, where their son, Robert G. Butler (see a running trend with the names here?), was born. Eventually, the family moved to Texas, where Bob was a stay-at-home father, caring for their son.

Robert was preceded in death by his parents and adopted sister, Cheryl, and is survived by his wife, Doti, and his son, Bobby.

The Family will Celebrate Robert’s life on Friday, May 7, at First Baptist Church of Kaufman starting at 2pm.  Prior to his memorial, we will honor his time in the service at the DFW National Cemetery at 11:30am.

The family is requesting donations to the Lewy Body Dementia Association (www.lbda.org) or to the FBC Kaufman building fund (www.fbckaufman.com).

To order memorial trees or send flowers to the family in memory of Robert Craig Butler, please visit our flower store.