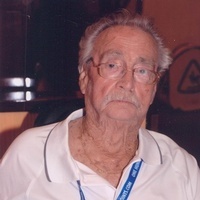 Robert Randell Bell, Sr. 81, of Scurry, TX passed away on March 9, 2019, at home. Randell was born on May 4, 1937, to Roy Lee and Elvia Viola Jenkins Bell in Lone Oak, TX. He was a member of the Church of Christ for more than 63 years. He grew up in Pleasant Grove, moved to Scurry in 1956 and joined the Air Force in 1958. He married Molly Sue Taliaferro on May 9, 1958, and they spent a wonderful 60 years together. He was part of the Air Force for 26 years including time spent in the National Guard and in the Reserves. In his days in the Air Force he served his country for a year in Iwo Jima , three tours in Thailand and various Air Force Bases throughout the United States including Wyoming, North Carolina, New Hampshire, Washington, Texas, New Mexico, and retired after a long tour at NORAD AFB in Colorado Springs, Colorado. Randell was a Tech Sergeant and a master plumber during his time in the Air Force. During his tenure he was recognized by the City of Albuquerque, New Mexico on television and in newspapers for exemplary service during an emergency water shutdown affecting the entire city. When he retired from the Air Force, he returned to Scurry where he owned his own company and worked for Dallas County. He enjoyed motorcycling, fishing, hunting and golfing. He spent time with his RV club traveling to all 50 states with his wife.
He was preceded in death by his parents and two grandchildren. Those left to cherish his memory are his wife Molly Sue; children: Robert Randell Bell, Jr. and wife Charlotte of Scurry, TX, Sandra Elizabeth Thompson and husband Charles of Mesquite, TX, and Michael Andrew Bell and wife Stephanie of Talty, TX; brother Kenneth Bell and wife Kathy of Scurry, TX; 10 grandchildren, 15 great grandchildren and 5 great great grandchildren, numerous extended family and friends who will miss him dearly.

To order memorial trees or send flowers to the family in memory of Robert Randell Bell, Sr., please visit our flower store.