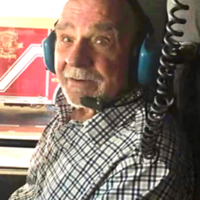 Ricky Wayne Brewer, 71, of Kaufman, TX left this earth for his Heavenly home on Sunday, February 21, 2021. Ricky was born in 1949 to Jack Brewer, Jr. and Billie Mac Shivers in Kaufman, Texas.   At the age of 15, Ricky met the love of his life Sheila Rike.  After graduating from South Garland High School, Ricky worked for more than 5 decades combined between Johnson Controls and Ace Hardware driving long-distance truck routes. Sheila and Ricky wed in 1967 and had two beautiful daughters: Angie and Amy. Ricky loved his girls and had many hobbies.  He taught his family and lead by example to make sure his family would be respectful, caring, independent  and loving.  Some of Ricky’s hobbies included long motorcycle rides, four wheeling in the mud, cooking out, boating, and keeping his lawn meticulous.  Ricky became a human google map, long before that app was designed, and shared his roadmap knowledge with his family to keep them safe while traveling. Ricky was also passionate about fixing things. There wasn’t anything that he couldn’t figure out how to fix, or teach his grandchildren.  Everyone loved to ask “Poppy” how to do something, because most of the time, he had already done it. Anyone who knew Ricky knew that he was proud of his family, and if you were willing to listen, he’d tell you about them.   He was a lover of conversation and never met a stranger.  Ricky is now joined in Heaven with his parents, Jack and Billy Mac Brewer.  He is survived by his wife Sheila of 53 years, two daughters and their spouses Angie Short and Charlie Short of McKinney and Amy and Cary Moon of Kaufman, six grandchildren Garrett Graves and wife Madison, Dylan Graves, Connor & Corey Short, Clayton & Carson Barker, one great grand daughter Nora Kate Graves and brother Billy Jack Brewer and his wife Denise.

To order memorial trees or send flowers to the family in memory of Ricky Wayne Brewer, please visit our flower store.