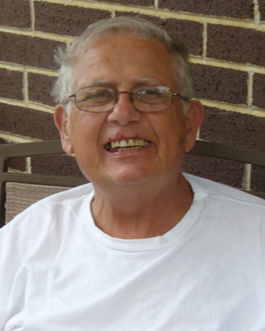 Richard was born to George & Juanita Leopolos in Cisco, TX. He was the youngest of 7 children.  He graduated from Hatfield High School in Hatfield, AR in 1960. He met the love of his life, Jeanne Marie Nichols, in Paris, TX. They married December 3, 1965 and moved to Seagoville, TX in 1976.

He is survived by his sister Francis Brannon; son Brandon Leopolos; daughter Tonya Swindler and husband Mark; daughter Nicki Hiesler and husband TJ; grandchildren Megan, Clay and Katie Swindler, Bayleigh, Kendall and Garrett Hiesler and many nieces and nephews who he loved very much.

After leaving the army, Richard drove a truck for 30+ years.

He loved fishing, even diving in the lake at extreme lengths to get the one that got away. He also enjoyed country music, hunting, camping, spending time with his family and telling his kids the tallest tales imaginable. He was an avid domino player and didn’t mind letting you know how good he was.

Some of his kids’ favorite stories are of him telling of his “Leo” abilities. He said he was “slam dunk’ Leo because he was the best dang basketball player you ever seen. He was also said of being “Tomahawk Leo” because he said he could handle a tomahawk like a Sioux Injan. Please don’t be offended.

His grandkids could tell you of the “macaroni horse” that he created to save them in the woods and when spending the night, he’d sneak them to sonic for large milkshakes. Mawmaw didn’t know what hit her with sugared up grandbabies. If the grandbabies wanted it, they got it!

He loved to make us laugh even if was kind of sketchy.

Going fast will forever be “hamma down”; an air guitar won’t be the same without daddy doing it.

He will forever be in our hearts, on our minds and we’ll carry the memories forever.

To order memorial trees or send flowers to the family in memory of Richard Allen Leopolos, please visit our flower store.