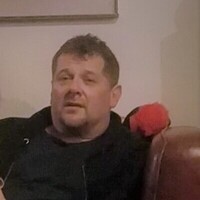 Ricardo “Rick” Simmons Jr, son of Ricardo and Peggy Doris Simmons, died on April, 14, 2020. The medical examiner’s report has not been released but he did not die from Covid-19. He had been battling a bacterial infection for the last two years and, if this was not the cause of his death, it was probably a contributing factor. Rick is survived by his father Ricardo Simmons, his two sons, Randel Simmons and Adrian Simmons, his granddaughter Adrianna Simmons, his brother Raymond Simmons, and his sisters Cynthia Sy and Peggy Muniz. Rick’s mother often told the story about Rick and a rather large lady. When Rick was about 3 years old, his mother took him shopping with her and while they were waiting in line, he reached up and smacked the lady’s bottom. When she didn’t respond, he walked all the way around her, looked up at her and said “I smacked you.” She smiled and said “Yes, you did.” That was Rick – bold and audacious – and he stayed that way his entire life. He lived a full life that included long meaningful relationships, struggles with addiction, serious legal trouble, disconnection and reconnection with his sons, and, at the end of his life, good times with his granddaughter. He could be arrogant and hard-nosed at times but he could also be generous, loving and fiercely loyal. He will be deeply missed.

To order memorial trees or send flowers to the family in memory of Ricardo Simmons, Jr., please visit our flower store.