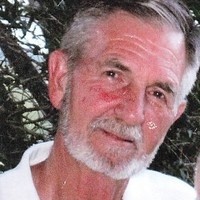 Pete Durell Stribling, 77, of Kaufman, TX went to be with the Lord on March 6, 2020. Pete was born on May 26, 1942 to Winfred and Anna Stribling in National City, CA. Pete married Sugar Bedrick on February 23, 1963, and they just celebrated 57 years together. He spent four years in the Air Force before working for TXU Electric in Dallas, TX as an IT analyst for 28 years. He was a member of the Rotary Club and coached baseball and basketball as his boys were growing up. Pete was the superintendent for the Kaufman Cemetery for the last 15 years and also delivered meals on wheels. He was a devoted member of St. Ann Catholic Church for 50 years. Pete was a beloved husband, father and grandfather. His parents preceded him in death. Those left to cherish his memory are his wife Sugar, sons: Doug Stribling and wife Judy of LaGrange, TX, Johnny Stribling and wife Linda of Scurry, TX and Michael Stribling and wife Cindy of Kaufman, TX; grandchildren: Anna Stribling, Ben Stribling, Garrett Stribling and wife Emily, Lacey Stribling, MaKayla Stribling, Chett Stribling, Callie Stribling, Dr. Shelby Stribling, Jake Stribling, Megan Holt, Peirce Neitzke and husband Blake, Lee Holt, Landry Holt and Reese Holt; brother Teddy Stribling of California; sister Gail Golightley of Kansas; numerous extended family and friends who will miss him dearly.

To order memorial trees or send flowers to the family in memory of Pete Durell Stribling, please visit our flower store.