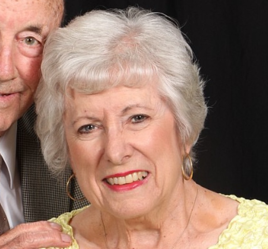 Peggy Jean Cooper, 84, of Frisco, TX went to be with the Lord on August 12, 2022.  Peggy was born on March 14, 1938, to H.R. and Floreine Cates in Kaufman, TX.  Born and raised in Kaufman she graduated from Kaufman High School in 1956.  On September 15, 1956, she married her high school sweetheart, the love of her life, George Mac Cooper, and they spent a wonderful 61 years together, before his passing in 2018.  Together they worked on the family egg farm, along with Peggy’s father, for almost 23 years.  After a couple of years at home she went to work for several years with the Baptist General Convention of Texas in their Dallas office. After retirement, she enjoyed traveling with George in their RV.  Peggy spent time crafting, sewing and working with her social organization.  She was a member of the Eastern Star and the Kaufman Garden Club.  Peggy was a founding member of the Calvary Baptist Church in Kaufman.  She was a beloved Wife, Mother, Grandmother, Great Grandmother, Great-Great Grandmother and Sister.  Her parents H.R. and Floreine, husband George, son Rusty Cooper and sister Gloria Redman preceded her in death.  Those left to cherish her memory are son Ronald Cooper and wife Wendy of Frisco, grandchildren: Christina Benedict and husband Matt of Midlothian, Ryan Davis of Argyle, Jeremy Cooper of Littleton, CO, Morgan Kaufman and husband Michael of Littleton, CO, Lindsey Cooper of Scurry and Joseph Cooper of Scurry; 13 great grandchildren, 1 great-great grandchild, sister Norma Fortner and husband Dr. William Fortner, sister-in-law Jenell McKinney and husband John, many nieces, nephews, cousins and friends who will miss her dearly. In lieu of flowers, the family has asked that donations be made to Faith Presbyterian Hospice at 12477 Merit Dr. Dallas, TX 75251.

To order memorial trees or send flowers to the family in memory of Peggy Jean Cooper, please visit our flower store.
Send a Sympathy Card