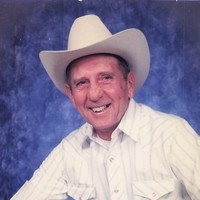 Paul Willard Chrestman, 79, of Combine, TX, went to be with the Lord on November 17, 2019 at home. Paul was born on November 29, 1939 to Alton and Maggie Zoe Chrestman in Decatur, TX. Paul joined the Army in 1964 and right before he went to Vietnam he married Peggy Grant on March 20, 1965 and they have spent a loving 54 years together. When he got out of the Army they settled down in Combine where they would live for 50 years. He worked all kinds of trades before retiring from a landscaping business. He spent his time helping people throughout his life, but also with "Handy Helpers" through his church. His group would be handy men for the elderly, disabled and single mothers of the church. In lieu of flowers the family would ask that you send donations to the "Handy Helpers" at First Baptist Church of Kaufman. He has been a member of the church for 15 years. Those who preceded him death are his parents and sisters: Billie Rutland and Mary Perkins. Those left to cherish his memory are: wife Peggy, daughter Brenda Chrestman of Euless, TX; brother Lloyd Chrestmand and wife Peggy of Combine, TX; sister Lora May Warren of Glen Rose, TX; nieces: Renae Grant and wife Kay Black of Ft. Worth, TX, Debbie Tekell of Hubbard, TX, Vicki Goines of Kerens, TX, Charlotte McGraw of Tyler, TX and Teresa Suter of Glen Rose, TX; nephews Lloyd Chrestman, Jr. of Combine, TX, Daren Grant of Ft. Worth, TX, David Perkins and wife Susan of Trenton, TX and Curtis Rose and wife Melissa of Glen Rose, TX; numerous great nieces and nephews, other extended family and friends who will him dearly. The family did want to express that the graveside is a private service just for family but they do hope to see you for the memorial service at First Baptist Church in Kaufman at 11:00am on Tuesday, November 19, 2019.

To order memorial trees or send flowers to the family in memory of Paul Willard Chrestman, please visit our flower store.