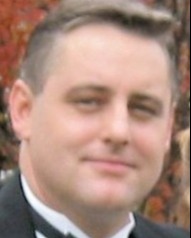 Neil Dawson died at home unexpectedly and entered Heaven in the early hours of January 2, 2023. He leaves his family and friends grieving with the pain of broken hearts.

Neil was born on June 7, 1967 in Denver, Colorado to parents Albert Dawson and Michele (Koetter) Dawson. He attended grade schools in New Mexico and Connecticut, graduated from Holy Cross High School in Waterbury, Connecticut and briefly attended the University of Connecticut, Torrington.

Talented as a musician and actor, he was self-taught on guitar, piano and fiddle. Neil was an inquisitive boy with a quirky streak. While in Connecticut he learned to fly airplanes, tried his hand at inventions, and performed as a piano player and teacher of piano and guitar. He also made some acting appearances in local theater in Torrington.

Neil’s strength was his extraordinarily kind nature. Before her untimely death in 2009, he single-handedly arranged care and housing for his mother, Michele. He touched many people with his generous interpersonal gifts as a counselor to the developmentally disabled, helping them find a path to work. Along the way he met a teacher and married her. They celebrated their 19th wedding anniversary on November 1st. Wendy was the love of his life. She helped Neil discover and develop a strong spiritual side that he adhered to until his life’s end.

They moved to Kaufman, Texas to be close to their Connecticut pastor, Darril Deaton who had relocated. Their lives centered on Grace Fellowship, Pastor Deaton’s church in Kaufman, where they were active members of the congregation. Neil composed music and played frequently at services there. He published several albums of, primarily, religiously themed music. His many songs can be found on the site ReverbNation.

Neil loved cats and sheltered many at home, adopting quite a few. He enjoyed riding his motorcycle and making unique zinc castings of fire ant nests. Later he found an avocation panning and finding bits of gold in the Llano River. He worked, variously, at the post office, several drug treatment centers and did heavy lifting, unloading late night Wal-Mart deliveries.

Ultimately, his health began to falter. He was susceptible to respiratory infections, enduring harrowing bouts of pneumonia twice. He had a legitimate fear of Covid 19. But it was his great, generous heart that failed him at the end.

Neil is survived by his wife, Wendy, his father Al, stepmother Jane, brother Sean, sister Amy Bond, and sister Erin, along with numerous other relatives. Donations in his memory may be made to Grace Fellowship Church, 1609 Rand Road, Kaufman, Texas 75142, and Alley Cat Allies, an animal welfare organization that Neil favored and supported (alleycat.org).
To order memorial trees or send flowers to the family in memory of Neil Kevin Dawson, please visit our flower store.