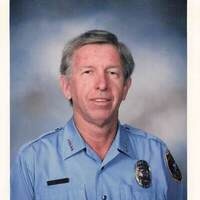 Milton Douglas Scott, of Seagoville, Texas passed away on July 2, 2021 at the age of 79 years old. After months of failing health, he died peacefully in his home with his Beloved wife Nancy Carolyn McIntire Scott by his side.
Douglas was born on April 5, 1942 in Peeltown, Texas to Milton Bruce and Martha Faye Ballard Scott. They later moved to Kemp, Texas where he grew up.
As a very young man he learned to work hard and to take on whatever job was available to support himself and the family. He worked in the dairy industry and car manufacturing plants before becoming a firefighter for Highland Park. He was a busy man that kept many irons in the fire. When not fighting fires he was a handyman, a coach, a photographer for the local youth sports leagues, an avid fisherman and his grandchildren's biggest supporter.

He was a good friend to all and a man who would give his shirt to a friend. He was a caring father who always worried about his children and did the best he could to teach and guide them, a loving grandfather and great-grandfather. Douglas was a strong, proud and good man. He is loved and will be missed by many!

He is preceded in death by parents, Milton Bruce Scott and Martha Fay Ballard Scott and brother Royce Glenn Scott.

To order memorial trees or send flowers to the family in memory of Milton Douglas Scott, please visit our flower store.