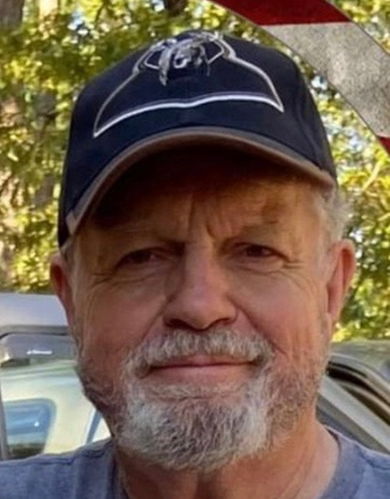 Melvin Eugene “Gene” Reynolds passed away on June 4, 2022, at the age of 73. Gene spent his last days surrounded by his family.  He was born on May 6, 1949 to Herschel and Faye Reynolds in Dallas, Texas.  Gene grew up in Irving and went to McArthur High School. He met his high school sweetheart, Sheila Jean Davis, at East Side Church of Christ.  They began their 52 years of marriage in August of 1969 in Irving where their four children were born.  In 1978 his sister moved to Kaufman, in 1979 his parents moved to Scurry and a year later Gene moved his family to the country.  He loved living in the country and working around the place.

Gene spent most of his adult life working side-by-side with his dad at Southwest Fabrics, Inc. in Dallas where he was a traveling salesman.  He traveled all over the southwest from Houston to Kansas and lots of places in between, selling automotive upholstery and trim to auto upholstery shops.  Through these years of travel, he met so many people and made life-long friends.  Some of those friends have traveled to be here today.   In 1988, Gene along with three friends, Dean, Wade and Rhudy, ventured out on their own and opened Sunbelt Fabrics, Inc. in Dallas.  He retired from Sunbelt in 2012.

Gene loved the outdoors.  He loved to waterski, ride his 4-wheelers and motorcycles, and watch the Dallas Cowboys. And he loved it even more when Sheila or any of his family would go with him.  Family was everything to Gene.  Lots of good memories were made with family and friends on Lake Ouachita in Arkansas and Taylor Park in Colorado.

Gene was a quiet man, who didn’t show a lot of emotion but if he loved you, you knew it.  He was doing something to help you and he would aggravate you along the way.  I can just hear him saying, “I know something you don’t know.”  When you were ready to leave, he said “glad you got to see me.”  Then, along came grandkids and great-grandkids and you could just see the sparkle in his eye when they walked into the room. You will notice in the pictures he was always sporting a spirit shirt. If his kids or grandkids were playing sports, dancing in drill, band or whatever, he was going to be there.  He drove many miles to support those kids.

Gene, Rod, Daddy, Paw-Paw, Unkie Gene, whatever name you called, he would answer.  If you ever needed anything, he was going to make sure he did whatever he could to help.  And if you needed something, he probably had it in the barn.  From the time he was young, he was hard working and responsible beyond his years.

Gene is preceded in death by his parents Herschel and Faye Reynolds, and his brother, Alan Reynolds.  He is survived by his sister, Jan Boyd and husband Dean. His wife, Sheila Reynolds. His daughter Darla Jonas and her husband Greg.  His son Keith Reynolds and wife Melisa.  His daughter Christi Wyatt and husband Chris.  His son Craig Reynolds and wife Jaime and his chosen son John Beasley.  His grandchildren:  Aaron and wife Samantha, Amber, Linzi and Donny, Audra, Trenton, Taylor, Jaxon, Harley, Hudson, Cheyenne, Cambrey.  Great-grandchildren:  Declan, Aspyn, Levi, Willow, Carter and Wrenley. And a whole host of nieces and nephews and other family and friends.

To order memorial trees or send flowers to the family in memory of Melvin Eugene Reynolds, please visit our flower store.