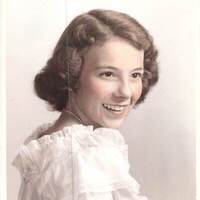 Mary Ann Crawford Blake was born on October 17, 1935, in Dallas, Texas, to John R. and Edna Crawford.  Mary Ann lived in Crandall, Texas, until she moved to Kaufman, Texas, in the sixth grade where she met her lifetime best friend, Glenda Barnes McDaniels.  Mary Ann graduated from Kaufman High School in 1954 and began college at the Texas State College for Women (now Texas Women’s University).  She transferred to Texas Tech University and earned a degree in Home Economics.  She met Carroll D. Blake while attending Texas Tech, and they were married on July 5, 1958.  Mary Ann was a teacher for seventeen years and worked for both Kaufman and Kemp ISD.  Carroll and Mary Ann raised their three children in Kaufman and were married 54 years until Carroll passed away in 2012.  Carroll and Mary Ann enjoyed spending time with family, especially their grandchildren, and supporting the Red Raiders.  Mary Ann passed away on May 1, 2021, in Wolfforth, Texas after a lengthy illness. She is survived by her three children:  son John Blake and his wife Lisa; son William Blake and his wife Andi, and daughter Beverly Blake Byrne.  She is also survived by five grandchildren:  Micah Blake and wife Sarah, Melissa Blake Boyer and husband Craig, Dani Blake Bounds and husband Ryder, Will Blake, and Blake Byrne.  Mary Ann also has 4 great-grandchildren:  Grace, Mary, and Lucy Boyer and Kaylee Blake.  Mary Ann was preceded in death by her parents, a sister, and a brother.  The family would appreciate donations made to the Alzheimer’s Association in honor of Mary Ann.

To order memorial trees or send flowers to the family in memory of Mary Ann Blake, please visit our flower store.