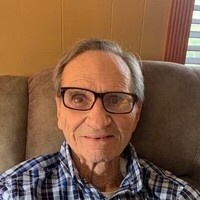 Marvin Marshall Hailey Jr. was born October 25, 1940 to Marvin Hailey Sr and Alice Hicks Hailey. Marvin was the oldest of twelve children. He married the love of his life, Eva Lou Flowers on December 7, 1962.  They were married for 53 years at the time of her passing in 2016. They had one child Sheila Hailey Nalls.

He was preceded in death by his parents, brothers, Henry and Charles Hailey, sisters: Alice McRoy, Elizabeth Hamilton, and Sally Atchley.

To order memorial trees or send flowers to the family in memory of Marvin Marshall Hailey, Jr., please visit our flower store.