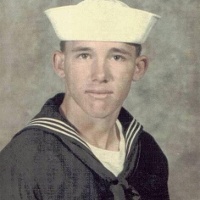 You knew him as Wayne if you met him in the first part of his life, the middle of seven children born to Frances Louise Boyd nee Jackson and Albert Lee “Smokey” Boyd. Just like he would throughout his life, Wayne lived in a series of houses built in succession by the blood, sweat, and tears of the family, and by the time Wayne was nine-years old, he would sometimes work construction instead of attending school. He was already a tradesman and he was just a boy, something that would make him proud as he neared the end of his life.

He was a wild child. In fact, growing up in Lewisville, when something bad was done, Wayne was everyone’s first suspect. His family would like to take this time to officially announce that even though he took the blame and punishment, whatever was done to the water tower in the early 1970s, Wayne was innocent. We do however acknowledge that he has since confessed that he got away with way more than he was innocently convicted of. And it is officially “all good.”

Wayne took a shot at the Navy during the Vietnam War, and even though his lack of a formal education got in the way of his overall success as a carpenter for the military, he was a brave dude who wasn’t afraid to die for his country. He just really hated school. Believe it or not he was grateful for the time he spent freezing in Iceland, but he was probably never really built for the kind of conformity the Navy requires, and he was so young when he went in, he had to beg his momma to sign the papers from the start. So he and the Navy parted ways.

In 1977, Wayne took his first shot at marriage. He was an amazing shot, however his dead aim didn’t translate to marriage. Out of the union, he got the first two of his nine children, Chelsea Boyd and Deese Hilley, and a friend for life in his former wife, Jeanette Boyd, all of McKinney.

Sometime over the decades, Mark tried to chase “Wayne” away. He eventually switched from carpentry to truck driving, working most recently for Advantage Redi Mix in Kaufman, Texas until his cancer forced him into early retirement in December of last year. Believe it or not, once he chased away his life-threatening infection in December, he spent a lot of this year getting stronger. For several months his nurse bragged about fattening him up. He took this time to love on his children and grandchildren, watch old westerns, and piddle around the final house he built.

Mark Wayne is preceded in death by both parents, his older brother, LeRoy “Cowboy” Boyd, his oldest sister, Clara “Sissy” Robinson, and his younger sister, Barbara Boyd-Hartman. He is survived by his older sister Jessie Prewitt, and younger brothers Terry and Micheal Boyd, 16.5 grandchildren, and too many aunts, uncles, cousins, nieces and nephews, and friends to count, but who all meant the world to him.

Wayne was an avid animal lover, at home in nature, bound to be watching nature documentaries throughout all of his life, and passed away at the home in the country he built with his own two hands surrounded by his family. He will be forever missed for his wicked sense of humor, his quick and sharp mind which never faded, and his ability to make or fix anything. In lieu of flowers, please make a donation to the charity of your choice. Wayne’s favorites would have involved motorcycles and veterans.

To order memorial trees or send flowers to the family in memory of Mark Wayne Boyd, please visit our flower store.