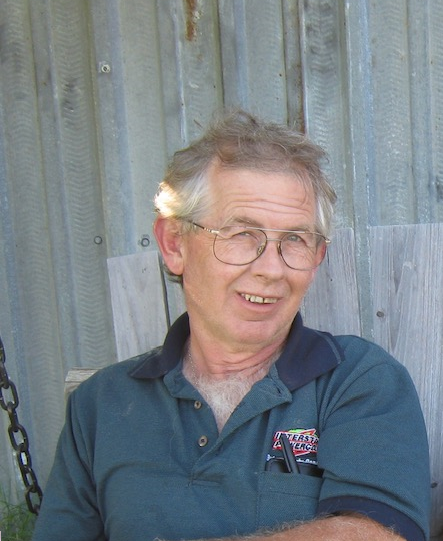 Kenneth Gale Self, age 61 on April 2, 2022, ended one journey and began the journey to the great unknown. Born on December 23, 1960, at Tinker Airforce Base in Oklahoma City to Carlos Gale Self and Kay Saundra Self the 1st of 3 boys. In the late 60’s, Mom and Dad decided to move from Barns Bridge Road in Dallas to Terrell, Texas which would become Kenneth’s home until the day he passed on.

Kenneth was a nomad and knowledge seeker, first joining the Airforce at 18, then becoming a tower hand and traveling the world doing telecom work. Then as the world got smaller, he became an on the road technician for Interstate Battery where he lasted the longest, completing almost 20 years of service.

At 20 years old, he was blessed with his first son Joshua Shawn Self. The marriage to Josh’s mother wasn’t meant to be, which led Kenneth to his greatest treasure, Tammy Sue Polley, to whom he married on March 29, 1985, and was still going strong 37 years later. He would always tell the story of how he knew he would spend the rest of his life with Tammy when he watched her walk into a pasture of cows and those cows came right up to her to let her pet them and follow her all over that field in the glow of the moonlight. “I knew I had found the love of my life” is how he would always end the story.

With Tammy, Kenneth had 2 more children Saundra Gail Self and William Beecher Self, and together they established their own 11-acre ponderosa in Terrell and have lived there for 32 years. At 50 years old, he found his second calling when he became a grandpa and was blessed with his only grandchild Chloe Ann Bobbitt. Nothing made him happier or prouder than when his Chloe would run up to him and exclaim Papi, Papi!!! He would grin from ear to ear and proudly tell anyone, “Yes, she has me wrapped around her little finger!” Kenneth loved to pick Chloe up from school and she was always able to talk her Papi into stopping at Braums on the way home, chocolate shake for him and a frozen yogurt swirl for her. Chloe shared the hunger for knowledge just like Kenneth and they would spend hours together having intellectual conversations and researching for answers together whenever Chloe managed to stump her Papi. (Which happened more than Kenneth would ever admit!)

Although Kenneth was an acquired taste, to all that knew and loved him, he was the real deal. Straight forward, stubborn and the ultimate procrastinator, Kenneth would give you the shirt off his back in a heartbeat (along with a speech about life). He had his own unique relationship with each member of his family, all who loved him dearly. He lived life with no regrets and went out on his terms. Anyone who was lucky enough to spend time with him in his senior years would hear him say “I got to be careful cause all my prayers have been answered and when that happens, you’re way closer to the end than you realize.” How right he was….

He is survived by his loving wife Tammy Sue Self, his children Joshua Shawn Self, Saundra Gail Self and William Beecher Self, and his grand-daughter Chloe Ann Bobbitt, as well as his loving mother Kay Saundra Self, and his brothers Dorsey Irving Self and Michael Allen Self.

Services will be held at Parker-Ashworth Funeral Home in Kaufman @ 2pm Thursday 4-7-2022. There will be a viewing beforehand from 12pm-2pm for those that wish to say goodbye to the old man.

To order memorial trees or send flowers to the family in memory of Kenneth Gale Self, please visit our flower store.
Send a Sympathy Card