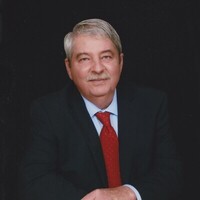 Keith Alan Coulter, of Kaufman, TX, passed away on December 1st, 2020 at the age of 65. Keith is survived by his wife of 40 years, Gerry; children Greg, Sarah and Mike; grandchildren Jacob, Kayla and Connor; father, Kenneth Coulter; stepmother, Sandra Coulter; stepfather John Stokes; and siblings Mikel, Deborah, and Scott. He is preceded in death by his brother, Steve Coulter, and his mother, Margie Stokes.

Keith was born in Owatonna, Minnesota, and moved to the Spring Branch area in Houston when he was very young. Keith graduated from Spring Woods High School. After attending trade school at Houston Community College, he passed his licensing exams with near perfect scores in AC & Heating and began working for a multitude of hotels and hospitals in an engineering capacity, including a hospital where he would eventually meet his wife, Gerry.

Keith went on to work for a local air conditioning company, and after learning everything he could, branched out on his own and started Tech-Air Co., Inc. The company started in a small office at the family home in Spring Branch, but his technical and business prowess eventually led to building his own warehouse with two offices. He also maintained a successful multi-fleet HVAC company which proudly served the Houston area for over 30 years. Despite the time and commitment it took to build his own company from the ground up, Keith always made time for his family and after school events with his children, and it was always his belief that family comes before work. When he first started his family, he often worked long hours and more than one job at once to be a provider for his family, tending to his newborn kids with little sleep, and this strong work ethic and family values lasted a lifetime.

Keith was an accomplished tradesman, and for those who knew him, a true jack-of-all-trades. He was proficient in metalwork, woodwork, electrical work, plumbing, and of course, a walking encyclopedia of HVAC knowledge and experience. He built his business location with his own two hands, and always believed in building something himself before buying something. If something needed to be fixed or constructed, he was always one to do it himself. He passed much of this knowledge to his children, and it frequently comes into good use.

Keith was active in extracurricular events with his children, and encouraged them to partake in events that interested them, whether it was sports or the up and coming advent of computers, where he frequently proclaimed with joking annoyance that “this house is not AT&T” with all of the spare computer parts lying about. A longtime Scouter, he was involved in both Cub Scouts and Boy Scouts with his two sons, often working behind the scenes to make the pack and troop events successful. He could often be found cooking chicken and other well regarded dishes for large scouting events. He made it a point to spend time with all of his children, and could also be found downtown at the Alley Theatre with his daughter for dinner and a show.

Keith was active in his community and participated in many charitable events. After a favorable view of the Lodge, what they did, and the men he knew in his life that were Masons, he petitioned Reagan Lodge #1037, A.F. & A.M. to join the Masonic fraternity in December of 1982, and was initiated as an Entered Apprentice on January 25th, 1983; passed to the degree of Fellowcraft on January 24th, 1984, and was raised to the degree of a Master Mason on February 28th, 1984, receiving his 25 year award on February 28th, 2009. A Mason for 37 years, he would eventually join the Scottish Rite, an appendant body of Freemasonry, becoming a 32nd degree Scottish Rite Mason. He was present for all of the degrees when his son, Mike, joined in 2007. One of his proudest achievements was when he received the Golden Trowel award from Reagan Lodge in 2013. Keith looked forward to the annual Scottish Rite Sporting Clay competition, where he frequently competed and won, with all of the money raised going towards the Scottish Rite Hospitals for Children.

After many years of service to the Houston community, he retired and sold his successful business and moved with his wife, Gerry, to Kaufman, TX. He had always wanted to retire and buy property, and he made his dream come true when he purchased 13 acres of land, a house and barn, a tractor and all of the equipment that came with it, and some well sought after peace and quiet after having lived in a large city for many years. Always displaying a drive to learn something himself or work with those who knew the trade, he dove into learning everything there was to know about cutting, raking, and baling hay, and looked forward to hay season and gained knowledge from his neighbors. His final years were spent farming and he cherished every moment he had doing it, as well as spending time with his beloved grandchildren who came to visit the farm. Whether it was baking cookies, riding with them in the tractor, driving them around the pastures, or taking them to visit the horses next door, he relished their time together.

In remembrance of his long and rewarding life, a funeral service is scheduled for 2:00 PM Saturday, December 5th, 2020, at Parker-Ashworth Funeral Home in Kaufman, TX, located at 2217 S. Washington St, Kaufman, TX 75142. Friends and family are invited to a visitation from 6:00 - 8:00 PM on Friday, December 4th, also at Parker-Ashworth Funeral Home. Immediately following the funeral service on Saturday, a Masonic Graveside Service will be performed at 3:30 PM at College Mound Cemetery, located at 14490 FM 429, Terrell, TX 75161.

To order memorial trees or send flowers to the family in memory of Keith Alan Coulter, please visit our flower store.