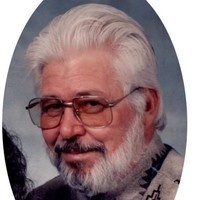 Johnny William Cardwell, 84, of Kaufman, TX went to be with the Lord on January 6, 2020. Johnny was born on October 18, 1935 to Johnny and Lilly Cardwell in Bryan County, OK. He moved to Texas as a kid and later attended Plano High School. Johnny married Evelyn Jakubec on July 7, 1962 in Phoenix, AZ and they spent a loving 57 years together. Johnny worked construction throughout his life and opened his own company, Tywell, in 1994. He spent time raising cows and fishing; but his most precious time was spent with his grandkids. He was a beloved husband, father, grandfather and brother. His parents, brother Donald Cardwell, sisters: Betty Marshall and Virginia East preceded him in death. Those left to cherish his memory are his wife, son John Cardwell and wife Monique of Fairview, TX; daughters: Susan Dollins of Wills Point, TX and Sarah Cardwell and husband Darrell Harris of Milton FL; grandchildren: George Dollins, Geoff Dollins, Makayla Penner and husband Dustin, Audrey Poskey, Katelyn Cardwell and Ashlyn Cardwell; sister Lenora Trimble of Lansing, KS; half brothers Doug Cardwell and wife Susan of Wylie, TX and Jay Cardwell of Arizona; numerous extended family and friends who will miss him dearly. In lieu of flowers the family would like for you to make a donation to Parkinsons research foundation.

To order memorial trees or send flowers to the family in memory of Johnny William Cardwell, please visit our flower store.