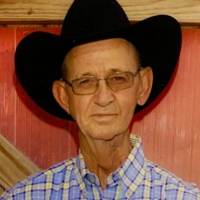 Jimmy Eugene Beavers 77, of Kemp passed away July 5, 2020. He was born in Terrell Texas on October 1, 1942 to Mildred Brockway Beavers Graham and Earl L. Beavers. He attended Terrell ISD until his senior year when his family moved to Dallas and he graduated from South Oak Cliff High School in 1962. There Jimmy met his future wife and lifelong companion, Fay they married June 22, 1963. He joined the United States Navy in 1963, serving 4 years during the Vietnam War, stationed in California, Hawaii, Germany & Japan. He was a Boatswain’s Mate Third Class serving on the USS Columbus. He welcomed his first child, Elizabeth Ann Beavers Phillips in November of 1964 and left the U.S. Navy in November of 1966. He welcomed his second child a son, Bryan Wallace Beavers in December of 1967. He was a truck-driver by trade working for various trucking companies before settling into his career with Sherwin-Williams starting in 1972. He retired in 2008 after 36 years of safe driving with Sherwin-Williams. After his first retirement, he went to work again for the Kaufman County Precinct 4 Maintenance Barn driving a water truck and making exceptional friends. He retired a second and final time in May of 2016. Jimmy then dedicated his life to helping his family and friends with any need they had. He was a master of putting out political signs for his friends, but his favorite candidate was his son. Jimmy was a proud longstanding Master Mason starting with the Oak Cliff Lodge #705 in 1984 and later transferring to the Kemp Lodge #528 in 2013 where he held the position of Junior Deacon until his death. He also progressed to become a Hella Shriner of the 32nd Degree. Jimmy was preceded in death by his loving wife of 54 years Fay, parents Mildred and Earl, and step-father Lee Graham, brother- Ray Beavers. Those left to cherish his memory are son Bryan Beavers and wife Monica of Kemp; daughter Beth Phillips of Trinidad; grandson Rusty Werneking and wife Jessica of Odessa; granddaughter Shelbie Wright of The Colony; grandson Hunter Davis of Kemp; grandson Fisher Davis of Kemp; granddaughter Madison Brown of Kemp; great-granddaughters Harper Fay Werneking, Angie and Danielle Hicks of Odessa. Brother George and wife Mary of Winnsboro Texas; Brother Jed of Tulsa, Oklahoma; numerous nieces, nephews and many close friends and extended family that will miss him dearly. The family will have visitation on Friday, July 10 from 6-8pm at the Parker-Ashworth Funeral Home in Kaufman, TX. His service will be Saturday July 11 at 10am in the First Baptist Church of Kemp, with interment to follow at College Mound Cemetery. The family is requesting in lieu of flowers please make a donation to Kemp First Baptist Church in memory of Jimmy Beavers P.O. Box 365 Kemp, TX 75143.

To order memorial trees or send flowers to the family in memory of Jimmy Eugene Beavers, please visit our flower store.