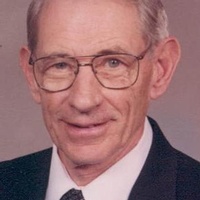 James Henry Loughan, 88, of Kaufman, TX, passed away on May 25, 2019 in Grand Prairie, TX. Jim was born in Eaton Rapids, MI on January 28, 1931 to James and Suzanne Loughan. Jim was married to Noreen Cooper Loughan on August 16, 1953 in Charlotte, MI and they were together for 65 years before her passing on October 13, 2018. Noreen was the love of his life. Jim was raised in Michigan and moved to Texas with his family in 1966. He spent 2 years serving in the Army and 30 years with the Dallas Power and Light company. Jim loved spending time cycling and he was able into his 80's, cycling 5 - 7 thousand miles a year. He also liked kayaking, traveling cross county and was an accomplished wood carver. He was an all around outdoorsman. Jim was a past president of the Civitan Club in Dallas. His parents James and Suzanne and his brother John Loughan preceded him in death. Those left to cherish his memory are his sons: Patrick Loughan and wife Dora and Mike Loughan, and a grandson Dale Loughan who will miss him dearly.

To order memorial trees or send flowers to the family in memory of James Henry Loughan, please visit our flower store.