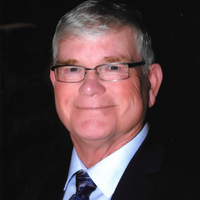 James Edwin Hawkins, Sr., 77, of Combine, TX went to be with the Lord on March 13, 2020. James was born on March 23, 1942 to Jerry and LeWanna Hawkins in Denison, TX. He joined the Navy in 1957 and served as an aviation machinist until 1963. On June 20, 1964, he married Omega Ann Smith, and they spent a loving 55 years together. James spent 32 years on the Richardson Fire Department before retiring. He served his church for many years and was dedicated to visiting people who was sick. He was a member of the Seagoville Church of Christ. He most precious time was spent with his grandkids. He was a beloved Husband, Father, Grandfather and Brother. His parents preceded him in death. Those left to cherish his memory are wife Omega of Combine, TX; son Jimmy Hawkins and wife Tracy of Combine, TX; daughter Scherrie Mayfield and husband Brad of Combine, TX; grandchildren: Krystal Howard and husband Adrian, Meagan Bartlett, Brady Mayfield, Blake Mayfield, Bailey Ayres and husband Paul; great grandchildren: Kensington Howard, Cambridge Howard and Townes Cole Frazier; sister Teresa Burton and husband Terry of Garland, TX; brother Jerry Hawkins and wife Karen of Kaufman, TX; numerous extended family and friends who will miss him dearly.

To order memorial trees or send flowers to the family in memory of James Edwin Hawkins, please visit our flower store.