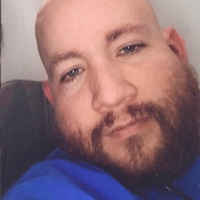 James Weldon Ford, 29, of Kaufman, TX went to be with Jesus April 21, 2019. James was born on December 17, 1989 to Don Randell "Randy" and Carrie Abner Ford in Dallas, TX. James has lived in Kaufman his entire life. When he was 7 years old he accepted Christ as his Saviour at Cottage Heights Baptist Church and is a current member of Grace Fellowship Baptist Church. He went to school in Kaufman and graduated in the class of 2008. In May 2010 he received an associates in multimedia at Navarro College and attended UT Arlington and A.M. Commerce between 2011 - 2014. James was interested in anime, video games and movies, and would love to dress in Character to go to “Anime” Conventions and events. He enjoyed making multi media videos with legos, collecting dragons, swords, monopoly games and other type of collectibles. He liked to wear sarcastic T-shirts and loved going to garage sales, especially the Highway 80 sales. He loved Christmas and looked forward to it all year. He spent months thinking about what gifts to buy his friends and family. James was kind, giving and caring. He was a beloved son, grandson, brother and friend. James was preceded to heaven by his grandparents Haynes and Maud Dell Ford of Kemp, TX, Ruth Chamness of Ft. Mill, SC; and cousin Brandy Crow Batson of Scurry, TX. Those left to cherish his memory are: parents Randy and Carrie Ford of Kaufman, TX; sister Keesa Ford Chase and husband David of Prairieville, TX; brothers: Justin Ford and wife Haven of Arlington, TX and Cliff Henson and wife Paula of Grand Saline, TX; nieces and nephews: Angel, Ashley and Austin Chase, Dylan and Jesse Ford, Abigail Henson; great nephew Kaden Chase; numerous extended family, church family and friends who will miss him dearly. In Lieu of Flowers the family has requested that donations be made to Dan's House of Hope in Houston: http://danshouseofhope.org .

To order memorial trees or send flowers to the family in memory of James Weldon Ford, please visit our flower store.