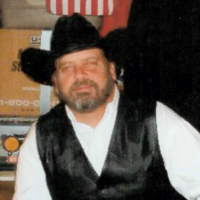 James Richard Coker, 66, of Denton, TX passed away on August 1, 2020. James was born on February 2, 1954 to A. T. and Mary Evelyne Tarpley Coker in Kaufman, TX. Jim graduated from Kaufman High School in 1972. He worked for Otis engineering for 25 years and most recently for Andrew’s Corporation for numerous years until he retired. Jim loved to sing and play guitar and did so often. His personality and voice were large and he could “bring down the house” when he sang the country and western songs he loved”. His parents and one nephew, Peter Warren Coker, preceded him in death. Those left to cherish his memory are daughters: Stacey Adkins of Katy, TX and Katrina Breitreiter and husband Joseph of Austin, TX; grandchildren: Alyssa, Madelaine and Trevor Adkins; siblings: Patricia Coker Shaw and husband W.T. Shaw of Kaufman, Robert Coker of Bullard, Thomas Coker of Kaufman and Mark Coker and wife Laurie of Winston, Salem, NC; together with numerous extended family and friends who will miss him dearly.

To order memorial trees or send flowers to the family in memory of James Richard Coker, please visit our flower store.