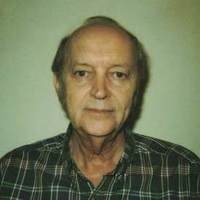 James Robert Cobb, 85, of Kaufman, TX passed away on February 11, 2020 at home. James was born on November 10, 1934 to James L. and Marguerite Cobb in Hillsboro, TX. He graduated from Bethel School near Hillsboro. James married the love of his life, Vera Lorene Cobb, on April 21, 1956 in Tunica County, MS. He worked for Western Electric as a supervisor for 30 yrs before retiring. He helped Western Electric move from the analog age to the digital age. He also got his pilots license and was a private pilot for 20 years. He enjoyed Ham Radios, Computers, following his investments, playing guitar, keeping up with current events, boating, waterskiing and going to the library. James was a beloved husband, father, grandfather and brother. His wife, parents, brothers: Zack Don Cobb and Larry Cobb and a third daughter ,who died before birth, preceded him in death. Those left to cherish his memory are: daughters: Sandra Ann Howard and husband Glenn of Pasadena, TX and Brenda Jean Pulis of Frankston, TX; sister Sandra Sue Gordon and husband George Sr. of Covington, TX; grandchildren Lindsay Howard, Brian Howard, Christopher Pulis and Brendan Pulis; numerous extended family and friends who will miss him dearly.

To order memorial trees or send flowers to the family in memory of James Robert Cobb, please visit our flower store.