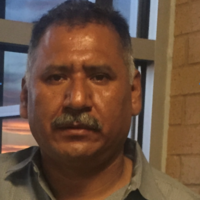 Heron Gonzalez Rico, 52, of Scurry, passed away on January 5, 2021.  He was born on July 1, 1968 to mother Eladia Noyola and father Angel Gonzalez-Ruiz in San Luis, Mexico.  Heron was a family man; who loved to spend time with his family. He worked at BE Technologies of ten years as a aviation machinists; and was recognized for being a very hard worker and dedicated employee.  Heron was preceded in death by his father Angel Gonzalez-Ruiz. Those he left behind to cherish his memory Grandmother Martha Rico from Mexico his Mother Eladia Gonzalez Rico; Heron’s wife of 28 years Cynthia Kaye Gonzalez; his sons Nicholas Gonzalez from Scurry; Cameron Gonzalez from Scurry and Marcello Gonzalez from Mexico.  Also left to Cherish his memory is his daughters Carmen and Ericka Gonzalez from Scurry; Lola and Isabel Gonzalez from Mexico; and Ashley Hill from Wilmer Hutchins.  Heron also has four wonderful Grandchildren Brylie Hill; Willow, Phebe and Roslyn Tyler; also numerous of extended family and friends who will miss him dearly.

To order memorial trees or send flowers to the family in memory of Heron Gonzalez Rico, please visit our flower store.