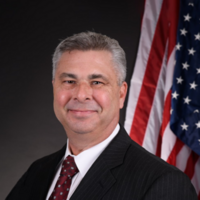 Guy Edward Helms passed away on Nov. 4, 2021, at the age of 51.  The Dallas-area native was born June 10, 1970, to Ross Junior Helms and Sharon (Matthias) Helms and graduated from MacArthur High School in Irving, Texas.  Guy Helms held a series of jobs before beginning his career in law enforcement with the Dallas County Sheriff's Office in 1993. He met his future wife, Susie Crawford, five years later, and they married in August 2000 -- about the same time he graduated from the academy and was sworn in as a deputy.  He left the sheriff's office in April 2002 to join the Rowlett Police Department as a patrol officer. He advanced to detective in the department's Criminal Investigation Division. He was a sergeant in the department's Patrol Division at the time of his death.  Guy was known to family, friends and colleagues as a kind man but with a wicked sense of humor. He was always able to lighten a tense day with laughter.  Guy and Susie had two beautiful daughters, Lauren and Alyssa, and he enjoyed spending time with his family and friends. He liked to work out, play golf, ride his motorcycle and four-wheel all-terrain vehicles, and fish with his girls.  His daughters had only recently interested him in TikTok, and he could be heard in the other room as he laughed over some of the comments posted there.  His parents preceded him in death. Besides his wife and children, he is survived by three sisters, Lea and Amanda Helms and Laura Lawson; his grandmother, Mickey Matthias; many aunts, uncles, cousins, nephews and nieces ... and his Blue Family.

To order memorial trees or send flowers to the family in memory of Guy Edward Helms, please visit our flower store.