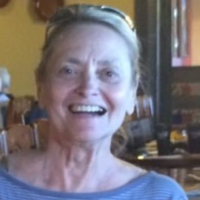 Real name Grace Etta Layl was born on October 26, 1946. When family got her birth certificate, her name on it was Gracetta no middle name. She Traveled with her mom, Earline, and her dad, Harry. Harry worked for AT&T when he left the army after war. Yes she was a Victory baby. Grace often visited her Grandparents in Louisiana going to school with her cousin and life long friend (yeah right they were closer than any sisters). Grace's brothers claim she was very mean to them growing up & will show scars as proof. Grace always had a take charge attitude. When the family received notice from war department that her brother Gary was injured at war, she picked up the phone and called the Pentagon to find out if he was ok, and wouldn't hang up till she found out. After family moved to Kaufman, Grace graduated high school. She worked at Layl's restaurant , American National Bank, Wolfe distributing, Kaufman County and her last job for the county was with district attorney office. After getting married to Barry Layl she moved to Terrell TX then Oklahoma City then back to Kaufman. After her divorce she never got remarried. She was always in good mood & happy. She had a infectious laugh and helped so many and never asked for anything in return. She loved all kids!!!

Many things will be remembered about the year 2020 but for friends and family it will be the year God received one of his most precious angels!  Grace Etta was named after her grandmother. She was a “victory” baby born in Kansas City to her parents Harry and Earline Rider.

Grace was a mother to one

But she was a stranger to none.

Her humor could be crude

But her tongue was rarely rude

She loved her Coors light

It was the only drink that was right

Her mother was her world

That is where Snook’s time would be spent

The two traveled to many places

They stayed in different spaces

We have favorite memories of her all

It didn’t matter what the name she was called.

However you knew her, her smile could never be mistook

With great memories great stories can be told

One thing that can be said

Grace sometimes would sleep in the strangest beds

Not like that get the thought out of your head

Margarett slept between her husband and Snooks

Their bond was a double hook

On the graduation of her nephew Mitch

She found herself in a funny switch

He wrapped his arms around her with a smile

Snooks was just as amazed

She thought she had been dreaming of better days

She loved to be spontaneous

Once she had a real thriller

She and a friend went to Mexico to chase a killer

We all smile when we think of our Snook stories

But we smile more to think of her glories

She loved her family and friends

And when it came to children her heart would always bend

Graceette, Grace, Snooks, Aunt Weezer, mother, daughter, you will always be in our heart

Your life in this world shall never seize

May you now rest in peace.

To order memorial trees or send flowers to the family in memory of Gracetta Layl, please visit our flower store.