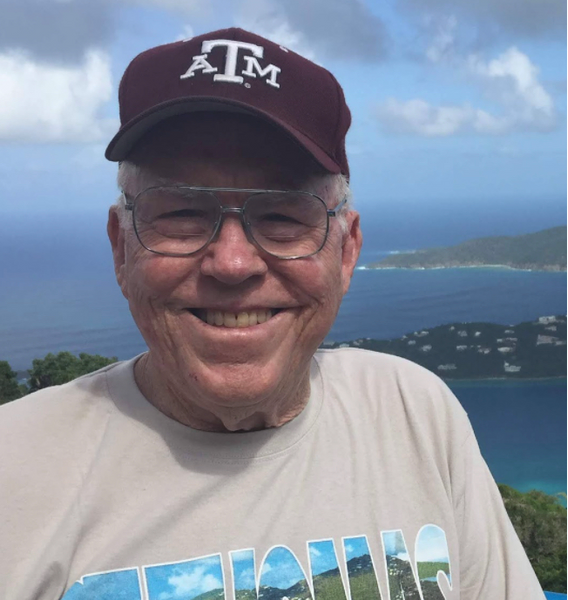 Lt. Colonel Gilbert James Altom, Sr. passed away into the presence of his Lord and Savior on March 31, 2022. He was met joyfully in Heaven by his parents, Johnny James (Peck) and Christine Savage Altom as well as his sister Addie Waggoner. Gilbert was born January 12, 1935, in Combine, Texas during the Great Depression. Gilbert attended and graduated from Seagoville High School in 1951 at the age of 16. The Korean War was well underway and Gilbert desperately wanted to join the Army; his dad however refused to sign off on him enlisting. Gilbert then decided to enroll in a small military school known as Arlington State College, later becoming U.T. Arlington. He then went on to enroll at what is now known as Texas A&M University. He graduated Texas A&M in May 1955 and was commissioned a 2nd Lt. in the U.S. Army Reserves. In 1956 Carol Travis relocated from Waco, Texas to Seagoville. Gilbert and Carol originally met on a blind date where they were not the intended couple, but as Gilbert always said, Carol luckily agreed to date him instead. The rest was history and they married the following year, in April 1957. A year later they welcomed their first child, Venetia. At this time, Gilbert was working at Hormel Packing Co. in Dallas and was appointed as a 2nd Lt. in the Regular Army. The small family of three moved first to Ft. Benning, Georgia and then to Heidelberg, Germany in 1963. Here Gilbert commanded the 48th Chemical Detachment and worked for the U.S. Chief Chemical Officer as his executive officer. He was then assigned to Vietnam in 1969. After several more assignments, his family was very excited to find themselves back home in Texas in 1973. Gilbert took his last army assignment as Plant Commander, Defense Contracting Office at Collins Radio in Richardson. September of 1978 arrived and Gilbert retired from the Army as Lt. Colonel. He considered it a true honor to have served his country as long as he did. Gilbert was a man with many stories and proud moments. Out of all his recognitions and titles, his favorite was “Pawpaw” that was given to him by his beloved grandchildren Andrew, Roxanne, Gil III, and Camille. He was a wise man and always had a lesson to share when anyone needed advice or just a listening ear. Gilbert was a proud Aggie and would holler out a gig em’ when needed and always looked forward to the annual Aggie muster. Gilbert lived his retired life in Kaufman with his bride and family close by. Everyone in town knew him and he deeply loved his town. Gilbert always said if he and Carol made it to their 60th wedding anniversary he would throw a party and buy everyone Julio’s. And just like all of his promises—he kept it.  He lived a life of honor, resilience, and accomplishment. He will be missed by so many who were lucky enough to know his legacy. Gilbert is survived by his loving wife of 64 years Carol Travis Altom; daughter Venetia Doster and husband Greg; son Gilbert James Altom, Jr. and wife Laverne; grandchildren: Andrew Doster and wife Blair, Roxanne Butler and wife, Lindsey, Gilbert James Altom, III and wife Natalee, and Camille Doster; his great grandson Jonas Benjamin Doster and soon to arrive great granddaughter Norah Altom; and his sister, Peggy Jean McFadden and husband, Danny; and brother in law Morgan Waggoner and his best friend, Rocky Dog. Funeral service for Gilbert will be Tuesday, April 5th at First United Methodist Church in Kaufman with interment to follow at Wilson Chapel Cemetery. Gilbert’s family will receive friends Monday, April 4th from 6 p.m. to 8 p.m. at Parker Ashworth Funeral Home.

To order memorial trees or send flowers to the family in memory of Gilbert James Altom, please visit our flower store.