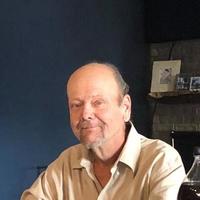 Freddy Gene Evans, 62, passed away Friday November 15, 2019 in Dallas Texas. Freddy was born in Dallas, TX on July 22, 1957 to Isabell and Mansel Tillman Evans. He graduated from Woodrow Wilson High School in 1975 and was a proud Wildcat!

He worked for Texas Screen Printing in Dallas, TX for over 15 years before becoming a handyman. He was a proud father, grandfather, brother, uncle and husband. He gave his life to Christ and was a proud church member of Mainstreet Church of Christ of Dallas where he served in the kitchen. He loved Dallas, the Dallas Cowboys, loved to eat, loved giving back and most of all loved being with his family! Freddy was predeceased in death by his wife Renita Evans, both of his parents and his brothers Leroy and Mansel “Sonny” Jr. He is survived by his lifelong partner/wife Jackie Green, his daughters Angel, Carla and Stacy (Kenneth), his grandkids who he adored Avery, Deja, Ashton, Avah and Kennedy, his sisters Norma and Barbara and his brother Michael along with a host of other beloved family and friends!

There will be a memorial service in Freddy’s honor held on Saturday November 23, 2019 at 10am at the Parker Ashworth Funeral Home located at 2217 S. Washington Kaufman, TX 75142. Burial will follow at Crandell Cemetery.   There will be a wake held on Friday November 22, 2019 from 6pm-8pm at the funeral home.

To order memorial trees or send flowers to the family in memory of Freddy Gene Evans, please visit our flower store.