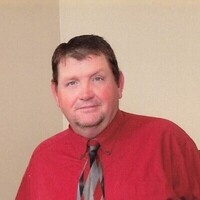 Freddie (Fred) George Wallace was born April 27, 1961 to Raymond Odell Wallace and Elizabeth Joy Cockrell Wallace. He worked for the City of Dallas Water Department for 20 years where he made many friends and became a mentor to those coming behind him. Fred retired from the City on February 11, 2020. Fred learned to play the guitar early on after his mother showed him a few basic chords. He grew to love music, playing guitar in several different bands along the way. He enjoyed the camaraderie of playing with other musicians and singers whether it be his church praise team, southern gospel band, The Snappers (work band) or just jamming with friends. He was a loyal Longhorn fan and enjoyed talking sports, cars, old trucks and guns and was a wealth of knowledge to those around him.

To order memorial trees or send flowers to the family in memory of Freddie George Wallace, please visit our flower store.