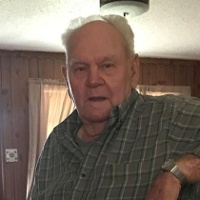 Frank Charles Havlik III, 80, of Kaufman, TX passed away on June 19, 2019 in Dallas, TX. Frank was born on September 30, 1938 to Frank J. and Agnes Havlik in Kaufman, TX. Frank was born and raised in Kaufman and has spent his entire life here. He worked has a foreman at Sprint, what is now known as CenturyLink for 25 years. He enjoyed farming and working is cattle at home. What he loved the most was being with and taking care of his family; his wife Emma Lou and his kids and grandkids. Frank married Emma on July 11, 1959 in Mesquite, TX and had a wonderful 59 years together. He was a member of the American Legion and the Southside Baptist Church in Kaufman, TX. Those who preceded him in death are his parents and one sister. Those left to cherish his memory are his wife, his son Danny Havlik and wife Deanna of Kaufman, TX, daughter Vickie Stevenson of Lovelady, TX, sisters: Minnie Key and husband Earnest of Combine, TX and Lillian Honza of Royce City, TX; grandsons: Derek Dean Smith and wife Courtney, Bo Richard Smith and wife Deana and David Charles Havlik; granddaughters: Tabitha Diane Havlik, Jacquline Renee Havlik and Brittani Nicole Dorough; great grandkids Hunter Smith, Luna Smith, Troy Smith and Harley Maenner; numerous extended family and friends who will miss him dearly.

To order memorial trees or send flowers to the family in memory of Frank Charles Havlik, please visit our flower store.