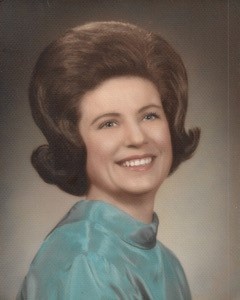 She usually was known to everyone as Levetta. She said it was easier to spell that name than tell of her sister named Virginia. Most of her life was spent in Littlefield, Texas where she raised her four children. She was ahead of her time by taking college courses for business at South Plains College in Levelland while she kept four kids in school and worked full time at Piggly Wiggly. This prepared her to excel as the head accountant at Floyd West and Company, a very large insurance company. Once established there she was a single parent living with Harold and Keith in a 4 room triplex in Dallas. She also worked at a grocery store part time while in Dallas to help Harold into college.

Her independence and strength shows in daughter Vivian who went to college first after being valedictorian to earn her Masters in Library Science, in Wesley who was Salutatorian and became an engineer for the Air Force, in Harold who became a lineman who helped supply electricity to firefighters and in Keith who was known as Dr. Doorlock placing hardware in several movies and historically correct projects.

All this should show what she and the father of her children, Robert Reece Lowery brought into the world.  From the very first picture taken when she was 15 through all her years she was quite pretty, witty and proper at any occasion or event. Even the people at the home where she stayed said she was special and gave her credit for bringing a smile to their day. She will be missed.

To order memorial trees or send flowers to the family in memory of Florida Levetta Makeig, please visit our flower store.