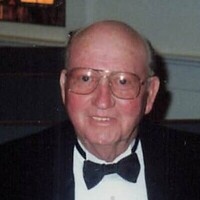 Emory Elmer Heard, age 89 made the peaceful transition to heaven on January 06, 2022 at home surrounded by his loving family. He was born on December 29, 1932 to Emory Ester and Lena Erwin Heard on the family cotton and dairy farm in Crisp, Texas. He married Faye Griffin on December 17, 1954 at her family home on the Griffin family farm in Rosser, Texas. They recently celebrated their 67th wedding anniversary. To this union 3 children were born.

He and Faye raised their children in the Rosser United Methodist Church where they were active members for nearly 70 years. In his early years, he served as the song leader and Sunday School Superintendent. He volunteered weekly for many years up until a few weeks ago at the church doing the custodial duties.

Throughout his life he was an avid hunter and also enjoyed fishing in his younger years alongside his best friend, John Harrell. He loved all sports and sporting activities. Both he and Faye were active in the Scurry-Rosser booster organization while raising their family. In addition to this he previously served on the Scurry Gastonia Water Board and served as a Rosser City Councilman. The church, family, school and community were the top priorities.

A happy time and wonderful memory were Sunday dinners at his parents home every week after church. His beloved mother put on a huge spread each week and all of his siblings and the grandchildren would gather to eat, laugh and play 42. Also the preacher and anyone else was always welcome to this special fellowship.

He attended Ennis ISD schools through the 8th grade. After World War 2 his family bought a farm in Scurry and moved to the Scurry-Rosser community. He graduated from Scurry-Rosser High School in 1951 and then served a year in the Air Force. He was employed by Genstar,Inc in the shipping department for 35 years and retired in 1997. In addition to this he raised cattle, hay and other crops on the Griffin farm where he taught his children a wonderful work ethic. His greatest pleasure and hobby was his vegetable garden. He grew everything and always was eager to share the bounty with family and friends. He was also no stranger to the dance floor and spent many fun times with Lanny and Claudine Orman and the Lowry cousins.

The family extends a loving thank you to Texas Health Presbyterian Dallas and the staff and nurses of Always Accurate Hospice especially Charlotte, Laura and Rebecca for their compassion and stellar care.

Memorials may be made to Rosser Methodist Church. Send them to Lana Orman, Rosser, TX.

To order memorial trees or send flowers to the family in memory of Emory Elmer Heard, please visit our flower store.