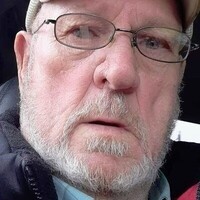 Edward LaNeil Murphy, 74, of Scurry, TX passed away on September 25, 2021 in Dallas. Edward was born on October 21, 1946 to Emory Hunter Murphy and Mary Attis Maherg Murphy Bell in Mobile, AL. He was raised and went to school in Mobile. While in Mobile he worked for Ingalls Ship Building in Pascagoula, MS. Edward became a truck driver for about 15 years and was a member of the Teamsters Union. Edward married Sue Murphy on June 1, 2013 in Balch Springs, TX and they have had a loving 8 years together. He enjoyed serving the Lord and ministry in the church. Edward and Sue went to nursing homes and hospitals visiting people together. They were members of the Hickory Tree Baptist Church in Balch Springs and First Baptist Church of Grey's Prairie; and he was a Mason. He was a beloved Husband, Father and Grandfather. His parents, Hunter and Mary, siblings: Emory Henry Murphy, Robert Earl Murphy, Sidney Wayne Murphy, Jimmy Lee Murphy, Ava Christine Murphy Lloyd and Mary Nell Murphy Smith preceded him in death. Those left to cherish his memory are wife Sue, daughters: Brandi Murphy Sharp and Sue Ellen Murphy; grandchildren: Karsen Sharp, Skylar Sharp, Charles Carter, Chase Hendricks, Gage Hendricks and Madison Murphy; great grandchildren: Page Carter and Ezra Hendricks; numerous extended family and friends who will miss him dearly.

To order memorial trees or send flowers to the family in memory of Edward LaNeil Murphy, please visit our flower store.