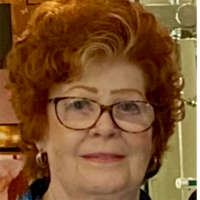 Donna Katheryn Lehman, 82, of Dallas, TX passed away on January 18, 2022.  Donna was born on December 27, 1939 to Clifford and Ima Wilkinson in Durant, OK.  She was raised in Durant and graduated from Durant High School in 1957.  After graduation, she joined the Air Force where she met Marvin Combs, Sr.  Together they had 3 children Marvin, Danielle and Mark.  Donna married Harold Thomas Lehman, Sr. and they had one child, Tommy. Donna worked as a bartender for over 50 years before retiring.  She enjoyed horse racing, casinos, watching NASCAR and cheering on the Cowboys.  When she would get the opportunity to travel she did love to go. She also spent time with her cat “Blackie”.  Donna was a very independent person, who still drove, went to the store and paid her own bills at 81 years old.  She was a loving Mother and Grandmother.  Her parents and brother Clifford Dallas Wilkinson, Jr. preceded her in death.  Those left to cherish her memory include children: Marvin Combs and wife Jackie, Danielle Combs, Mark Combs and wife Wendy and Tommy Lehman and wife Brandi; grandchildren: Marvin D. Combs III, Craig A. Combs and wife Brooke, Darian Leigh Combs, Amanda (Alex) Lehman and Christina Danielle Lehman; great grandchildren: Hailey Alexis Combs and Rylin Jay Combs; sister-in-law Helen Wilkinson and her children Robin Jackson and husband Patrick and Clifford Dallas Wilkinson III; numerous extended family and friends who will miss her dearly.

To order memorial trees or send flowers to the family in memory of Donna Katheryn Lehman, please visit our flower store.