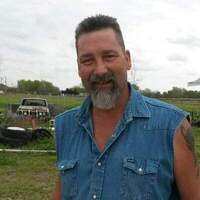 Donald Ray Reeves, 53, of Lufkin, TX passed away on September 2, 2021. Donald was born on May 12, 1968 to Billy Ray Reeves and Mattie Ila Tullis in Lufkin. Donnie was a loving Father, Brother, Son, Grandfather, Uncle and Friend. He cherished his time with his family; and those that were close to him knew him as genuinely caring, dedicated, and a hard working man. He had a great sense of humor and loved bringing laughter and joy to everyone around him. Donnie loved to spend his spare time playing golf with his brother, watching the cowboys' game and being there for his family. His parents, Mattie and Billy, preceded him in death. Those left to cherish his memory are twin brother, and closest friend, Ronald Glen Reeves, sister Renea Dodds, daughters: Heather Westmoreland and Cynthia "Nikki" Reeves; son Samuel Zaine Reeves; grandchildren: Brayton Duran-Galvez, Max Westmoreland, Cameron Ila Busby and Kennedy Faye Busby; nieces: Sarah Reeves and Ashley Vaughan; nephews Jason Dodds and Noah Reeves; great niece and nephew Paisley and Kaine Vaughan; numerous extended family and friends who will miss him dearly.

To order memorial trees or send flowers to the family in memory of Donald Ray Reeves, please visit our flower store.