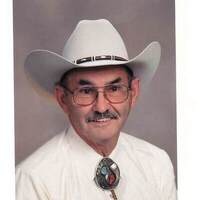 Don (Donald Ray) Hamill passed away peacefully, at his home in Kaufman Texas on February 3rd surrounded by his three daughters and grandson Justin and wife Carissa. Don was born in Wade, Oklahoma to Huey and Jesse Mae Hamill on July 6th, 1941. Just out of high school Don served 6 years in the United States Air Force as a police officer. When he left the Air Force he became a welder and that became his career life. Don loved music. His first guitar was a gift from his older brother Bob. Don played many, many times in churches throughout his life and he played many times with family and friends on the porch or in the shop. Don was very patriotic and loved and respected all in the military services. He served as post commander of the American Legion Post 175 in Kaufman Texas for 4 years and various other positions prior to that. He is preceded in death by his “angel” wife, Helen Hamill. They met and married in 1962 and shared a wonderful life with their six children.
Don leaves behind his companion of 8 years, Leatrice Holman. Also his six children Donald Ray Hamill, Jr and his wife Denicia of Pueblo, Colorado, his son Matthew and wife Jamie and their 2 children Kai and Mina; James Hamill and his son Trevor of Heartland, Texas, Robin Warncke of Garland, Texas and her children Trisha Hughes with boys Matthew Jonathan and Ethan, Casey Fincher and her son Colton, and Robin’s only son Eric; Connie Cutbirth and husband Randy of Porter, Oklahoma and her children; Randall and son Ethan, Crystal and her boys Bear and Hawk and daughter Lauren, and youngest son Ryan; Sammy Hamill of Pueblo, Colorado and his children Austin and Samantha; and Tammy Cliburn of Heartland, Texas and her children Justin and wife Carissa, Allie and her children Hazely and Hudson. Don also has a stepson Rodney Harringer and his wife Terri of Waco, TX; their three boys, Eric and daughter Faith, Mike and Alan.

In lieu of flowers gifts can be sent to the Gary Sinise Foundation - Garysinisefoindation.org

The family will be receiving visitors before and after the service on Saturday.

To order memorial trees or send flowers to the family in memory of Donald Ray Hamill, please visit our flower store.