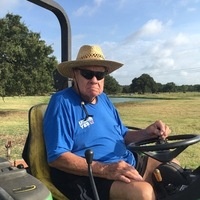 Darryl Daniel Greer, Sr., 80, of Kaufman, TX passed away on August 20, 2021. Darryl was born on January 30, 1941 to James Everett Greer and Ruby Lukenbill in Spiro, OK. Darryl married Alma June Greer on December 9, 1961 in Tulsa, OK and they spent a loving 59 years together. He was a member of the Oak Cliff Masonic Lodge and a was a Master Mason in Good Standing. He was a proud Democrat and a proud union member. Darryl was a retired International Representative for the UAW. he worked at the UAW for 33 years. While working for the UAW, he also served as the President of the UAW Staff Council for eight years. When he introduced himself to other people, he referred to himself as "Number 1". Darryl was a Sustaining Member of the Democratic Party where he has helped in various duties to support the Democratic agenda. Darryl was known as "PaPaw" to Dylan and Jake, and he bragged about them frequently. Darryl believed in providing for his family and making sure that those two boys were taken care of. PaPaw was an avid Boomer Sooner!!! He was a beloved Husband, Father, Grandfather and Brother. His parents, James and Ruby; and brothers: Charles Greer, Kenneth Snow and Glenn James preceded him in death. Those left to cherish his memory are wife, Alma; son Darryl Daniel Greer, Jr., daughter: Kelli Janene Davis and husband Jeff; grandsons: Dylan James Howell and Jake Ryan Howell, sisters: Joyce Grisham and Pearl Jones; numerous extended family and friends who will miss him dearly.

To order memorial trees or send flowers to the family in memory of Darryl Daniel Greer, Sr., please visit our flower store.