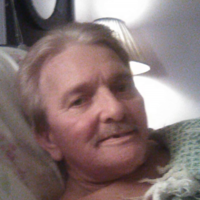 Chris Wade Johnson, 61, of Wills Point, TX passed away on October 28, 2019 at home with family by his side. Chris was born on June 5, 1958 to Raymond Johnson and Joyce Hunter in Dallas, TX. Born in Dallas, Chris was raised in the Kaufman and Terrell area but he spent the last 25 years living around Wills Point. His family considered him a jack of all trades but he mostly did mechanic and welding work throughout his career. He would spend time going to the casinos searching for his jack pot but was mostly a home body. Chris was a loving caring and funny man who you could call anytime for any reason and he'd be there. His parents and a daughter Tabitha Nelson preceded him in death. Those left to cherish his memory are special life long friend Lisa Harris of Wills Point, TX; children: Chad Wade Nelson and wife Kristi Vance Nelson of Wills Point, TX, Chris Johnson, Jr. and wife Jasmine of Wills Point, TX, Christina Johnson and husband Lupe Gomez of Garland, TX and Christal Johnson and husband Tony Koonce of Canton, TX; sister Carolyn Gilliam and husband Dale of Terrell, TX; grandchildren: James Ray Rodriguez, Adrianna Holland and husband Devion Richardson, Samantha Nelson, Veronica Nelson, Dylan Johnson, Ryder Johnson, Deacon Johnson, Bailey Koonce, Tommy Koonce and Colton Koonce; great grandchildren; Alexander Nelson and Myles Richardson; numerous extended family and friends who will miss him dearly. A memorial service has been scheduled for Saturday, November 9, 2019 at the funeral home starting at 1pm.

To order memorial trees or send flowers to the family in memory of Chris Wade Johnson, please visit our flower store.